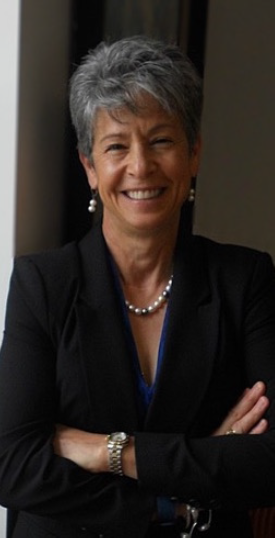 Vice Admiral Nanette DeRenzi retired from the Navy in 2015. She was the 42nd Judge Advocate General (JAG) of the Navy, serving as principal military legal counsel to the Secretary of the Navy and Chief of Naval Operations, and the DoD Representative for Ocean Policy Affairs. As the JAG, she led the 2,300 attorneys, enlisted paralegals, and civilians of the global Navy JAG Corps community.

“Nanette delivers an impressive breadth of international maritime and naval experience to our board at a time of tremendous growth,” said President and Chief Executive, Chris Deegan.

She is currently Chief Operating Officer of the Jefferson Consulting Group in Washington, DC, where she oversees administrative and financial functions and the firm’s day-to-day operations. She volunteered her time as Chairman of the ABA’s Veterans Legal Services Commission and Co-Chair of the Secretary of the Navy’s Retiree Council. She is currently a member of the Red Cross Service to the Armed Forces Advisory Board and serves on the board of the National Alliance for Safe Housing, a non-profit dedicated to ensuring that survivors of domestic and sexual violence have access to a full range of housing options.

Source: https://www.prnewswire.com/news-releases/g…
It has been a pleasure working with Gibbs and Cox. They were consistently responsive to our changing needs with this difficult project. Updates were frequent and accurate. I look forward to continuing to utilize Gibbs and Cox to assist us in future programs.